Standing Strong with the Community 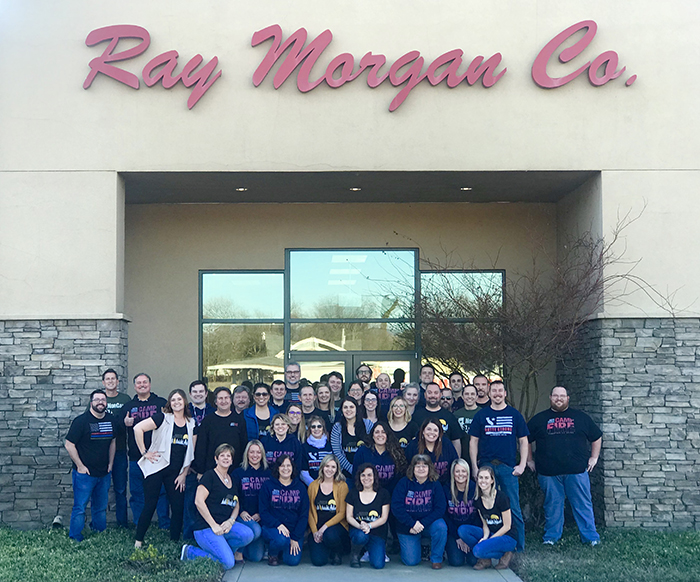 On November 8, 2018, reality was drastically changed for 17 employees at the Ray Morgan Company (RMC). The same day countless others were altered, too. As the deadliest, most destructive wildfire in California history—referred to as The Camp Fire—roared through our Butte County community, it was because we banded together that there were still remnants of hope.

When it began, no one could’ve predicted the catastrophe that would eventually come of it. It took a total of 17 days to completely contain the flames, and in that time, The Camp Fire took the lives of nearly 90 people, left thousands displaced, and hundreds unaccounted for. It consumed over 153,000 acres of land, and destroyed 14,000 residences. The repercussions of this deadly wildfire are still being felt across Northern California.

Headquartered in Chico, California, which is in Butte County itself, we see the damage this wildfire has created and left behind. We are eager to continue our efforts in supporting, rebuilding, and reestablishing this great community.

When the fire first emerged, we worked to help the employees of RMC in need. We opened our doors to shelter them and their families, and in the following days, we were not only able to meet, but exceed, our GoFundMe goal of $300,000; $100,000 of that fundraised came from our partner, UBEO Business Services. All $300,000 worth of GoFundMe donations are continuously being dispersed to those RMC employees still working to rebuild their homes, and ultimately, their lives.

But, before our full GoFundMe efforts concluded, RMC found different ways to give back. Our Executive team gifted the displaced employees with $1,000 Walmart gift certificates to purchase items of immediate need that they lost after they were displaced — including clothes, towels, blankets, pillows, personal hygiene items, and more.

By mid-November, the efforts were extended throughout the entire community that was impacted by the flames. Ray Morgan Company employees were gifted a shirt or sweatshirt from local apparel design and manufacturer Fifth Sun during the crisis. The shirts read “Butte Strong”, and all proceeds from the shirt purchase went to Fifth Sun’s Fire Fund, as well as an additional $10,000 donated by RMC. Employees continue to proudly gather in their apparel to show their spirit and examples can be seen throughout our corporate and employee social media accounts. 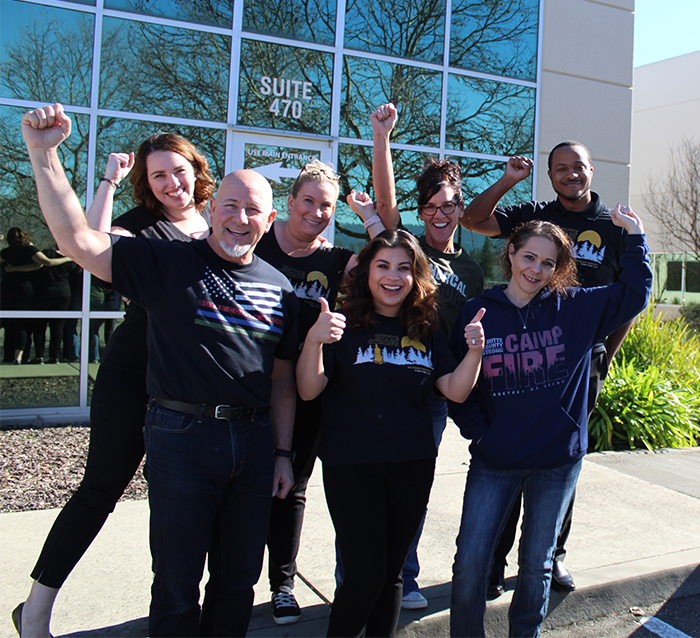 The month of November was challenging, and five days before the fires became contained, we opened the Ray Morgan Company Fire Fund through Golden Valley Bank. The RMC Fire Fund through GVB raises funds, and donates to organizations in immediate need. By January of 2019, the amount fundraised was well over $200,000. The total amount RMC has raised since the fires? Over $600,000! That is something we can be proud of.

As we progress through the new year, our work at the Ray Morgan Company is nowhere near finished. Butte County—and our community as a whole—has suffered a great loss at the hands of The Camp Fire. At RMC, we are dedicated to helping those around us get back on their feet and back to normalcy. We greatly appreciate any support from those of you seeking to help. You can learn more on how you can help here. Thank you to everyone that has helped in so many ways!