Ray Morgan Company has been part of the Northern California community for over 60 years. With the RMC headquarters in Chico, it was very concerning when the announcement came out on February 13th to evacuate the lowlands beneath the troubled Oroville dam. Many RMC employees were affected and had to evacuate. One was called to duty. Max Gonzalez, an RMC technician and Chief Warrant Officer in the National Guard. 23,000 National Guard soldiers and airmen were put on alert. Max and his team had to quickly set up the communications infrastructure ahead of any mass deployment while the other Guardsmen awaited the call. This was the first such alert in California since the 1992 LA riots. Everyone at RMC was thankful that the dam didn’t fail and that we have the National Guard ready to support us when we get into a bind. Thank you, Max Gonzalez for your service. RMC sends a “shout-out” to all who serve to protect us at home and abroad. 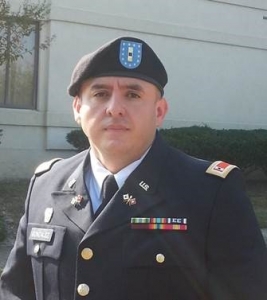 What do your responsibilities include? Preventative maintenance and compatibility of communication assets of the Federal Emergency System (FEMA) to civilian entities such as: Highway Patrol, radio communication, networking capabilities, and satellite signals.