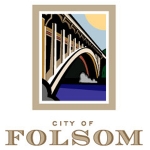 The City of Folsom had no real document strategy with networked copiers, printers and standalone fax machines throughout the city. There is no purchasing department for the city and most departments had their own agreements and relationships with vendors. There were 3 primary vendors serving the city: RMC, Inland Business Systems and IKON/RICOH.
Utilizing the Account Review Process, David Dale systematically developed a consistent presence with each of the departments and positioned RMC as the City’s vendor of choice. The other companies were only making a presence when leases were coming due or when a problem arose.
During one of the department reviews a lease end opportunity presented itself. It was determined at that time that Folsom IT had been directed by the Director of Finance to be the only person with authority to sign technology leases. Previously this was not the case with each department making their own decision and department heads signing their own leases. Leveraging the opportunity a City-wide Document Technology Assessment was recommended to Folsom IT.

Through the Document Technology Assessment (DTA) Process the following was uncovered:

Following all data capture and review of the City’s Current State, David Dale enlisted the support of Erick Miller, RMC VP of Technology to develop an integrated solution that would address the stated objectives and challenges for the City of Folsom. A Proposed State was developed involving technology integration which is now the City of Folsom’s Approved Secure Solution for MFP (Copy/Print/Scan/Fax) & Workflow.

The RMC Solution was comprised of:

Cost justification was provided thru the Single Function Printer Fleet Reduction (devices & consumable supplies) and the reduction of 30+ fax lines (estimated at $15/line per month).

UNIFLOW complete with Secure Print and Fax Server Integration was installed along with 12 Canon ImageRUNNER Advance Series MFD’s equipped with Proximity Card Readers at the end of December 2011. The implementation was preceded by a pre-implementation planning meeting with David, RMC Pro IT, and the City of Folsom IT Department. Equipment locations and deployment schedules were completed and adhered to. To quote the IT Supervisor, the implementation went “smooth and speedy” and “RMC’s Solution places the City of Folsom in a good technology position both now and in the future”.

Per the reference letter from City of Folsom IT…
“The City of Folsom is extremely happy to have selected Ray Morgan Company as it managed print services provider. We desperately need a system in place to help us with cost, cost centers, workflow, secure printing and faxing. After interviewing numerous companies who were courting us, RMC came out on top based on customer service, features and value for the money.”

David Dale and Erick Miller won this opportunity by establishing value through its DTA approach, methodology and proposed integrated solution.